The transition deal may calm the corporate lobbyists, but what about the Brexit-backing masses? 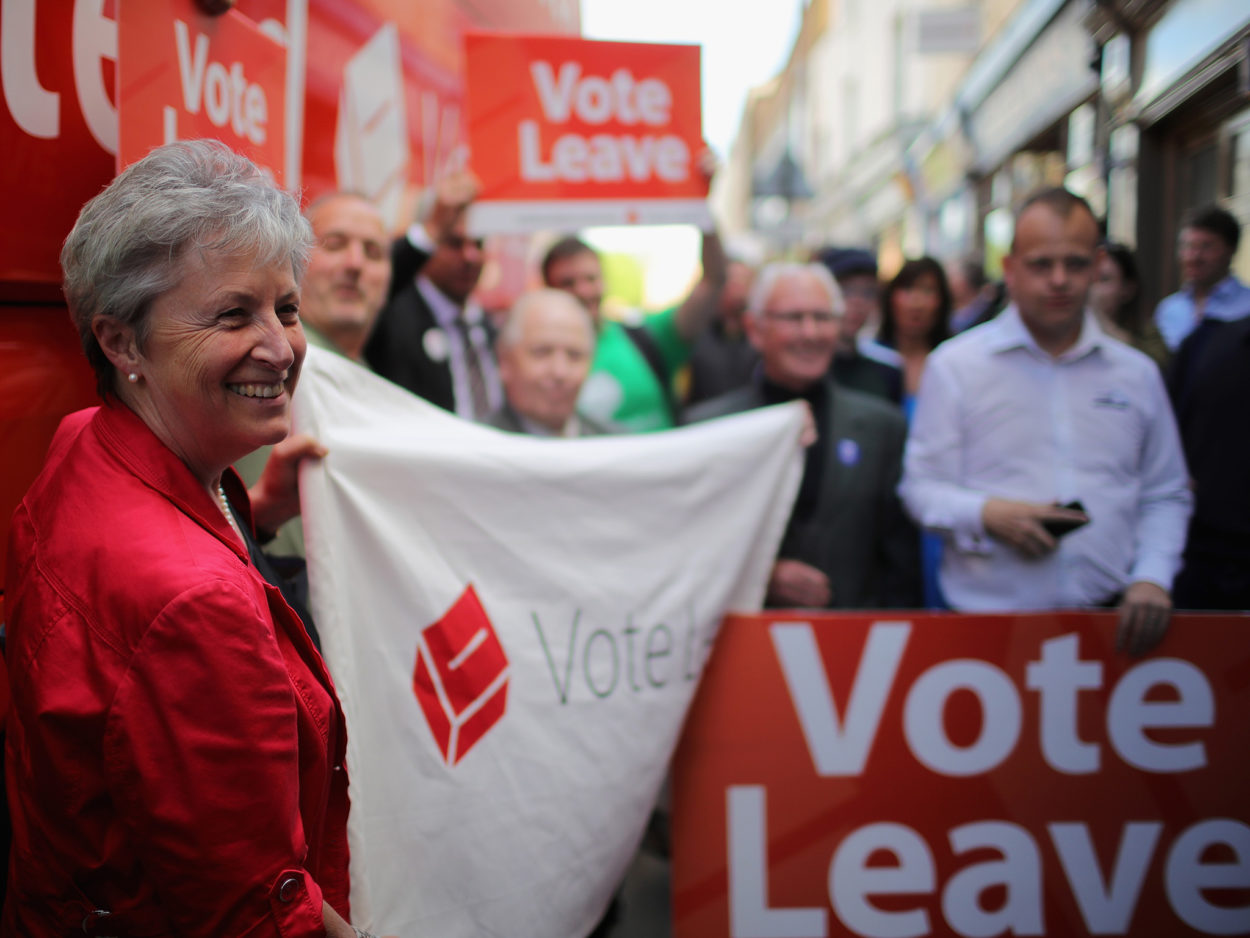 To judge from broadcast news coverage of the Brexit negotiations, the overwhelming priority of the British public must be ensuring the most frictionless trade possible for the 12 per cent of UK economic activity which finds its customers in other EU countries.

Night after night, not just on the BBC but Sky and ITV too, coverage has focused on trade arrangements, often with corporate chiefs quoted extensively. The state of the UK economy (perfectly robust, growing every quarter) has been checked daily as if it were in intensive care and on life support. Other aspects such as future immigration arrangements and national sovereignty have barely got a look in.

After the outline of the transition deal this week it can be safely asserted that the Government has swallowed this set of priorities whole. For the agreement points to what I might gently describe as a “Breadhead’s Brexit”. The UK is now all systems go to negotiate both an ambitious free trade deal with the EU and other trade deals around the world.

To get to this position, ministers have made sweeping concessions on immigration and fishing among other things – sacrificed on the altar of integrated supply chains and the soothing of corporate brows.

And this despite pretty clear evidence that the economy was not the dominant factor behind the historic Brexit vote. Those of us who campaigned for Leave knew that if we could get a score draw on economics – or even take only a narrow defeat on it at the hands of Project Fear – then very strong public support for democratic national sovereignty and much tougher immigration controls could see us home. And that is what transpired.

Yet none of the broadcasters seem remotely interested in the latter aspect and are certainly as a group not moved much by the former either. How telling that the Financial Times – the Bible of corporate Britain – was overjoyed this week by the “breakthrough” of the transition agreement.

Now, being very interested in economics myself, I do not seek to suggest it is not an important aspect of Brexit. How we manage what Michael Gove conceded during the campaign was likely to be a “bump in the road” as we reorder our trading relationships does indeed matter.

But it is surely not too much to ask for both the Government and the media to reflect the priorities of the voters rather better. I have done enough public meetings to know that our fishing fleet commands emotive public support way beyond its size as a component of the overall economy. People remember that our trawlermen were betrayed by Edward Heath and they passionately wish to put that right. It seems barely believable that the EU is going to have sway over the sovereign waters of a non-member in 2020 and one now worries just how much long-term access to our fishing stocks the Prime Minister is preparing to barter away in return perhaps for minor concessions to industries with better-funded lobbyists.

And as a Ukipper, I also know that the neglected public wish to sharply reduce the volume of immigration drove the Brexit agenda, particularly in the early years of the 2010-15 Parliament, when we were in our pomp and when David Cameron was forced to concede a referendum on EU membership.

But which broadcaster is now holding ministers to account for immigration arrangements in Brexit? There is plenty of evidence that millions of voters see lower immigration as a non-pecuniary living standards benefit – protecting what is left of the cohesion of their communities. And, after all, the Conservatives have been pledging to bring it down to the tens of thousands net annually since 2010. From the concessions in the transition agreement we can see there is no chance of that undertaking being met before 2021 at the earliest.

And should there be another employment crisis in the eurozone (which despite recent better times is fundamentally structurally flawed and has as a built-in feature non-resilient activity levels in its southern periphery), then what has been agreed could see the biggest migratory wave yet come to our shores from the EU in 2019 and 2020 as people take their last chance to enjoy freedom of movement to Europe’s champion of job creation. There has been barely a whisper about this. Ministers have walked away scot-free and unscrutinised, perhaps because the pressures caused by excessive migration barely feature as problems in the lives of senior political journalists.

It is surely time, then, for the Brexit searchlight to track away from the economy, which has grown in every quarter since the referendum and is set now for a barely perceptible change in the surface of the trading highway, and to focus on these other issues. It is time too for ministers to understand that satisfying corporate Britain is not the be all and end all of a successful departure – it never was.

Furthermore, if multinational corporations are to be prioritised in this way, then the UK public is right to expect some widespread payback from this. The days of cynical profit-shifting to micro-jurisdictions in order to dodge tax in countries in which the real money is made have got to be over. So has the lazy dipping into the well of cheap Eastern European labour rather than the socially responsible but more difficult task of training local unemployed people.

When I was UKIP economic spokesman, I tried to develop a “blue collar” economic strategy, even suggesting a backstop turnover tax to ensure that no multinational could run a business model that entailed privatising profits but nationalising losses and putting extra pressure on the public realm while swelling executive remuneration. The “libertarian” wing of the party stopped me and even put forward an amendment in the European Parliament in December declaring tax havens to be a good thing. That failure to prioritise the ordinary voters of Brexit Britain over the corporates has, in my view, a big part to play in explaining why UKIP has been unable to sustain the support it garnered while it was the standard bearer for Brexit.

My many Conservative friends are naturally immensely relieved at the ebbing of the UKIP tide, but I suggest they ponder another line of thought: there but for the grace of God go we. Over the decades it has been the genius of the Conservative Party to change what needs to be changed in order to prevent the prosperity-destroying creed of socialism from taking hold. But capitalism will not survive if only a small minority of voters can gain a significant stake in the system.

I do not discount the immense negotiating effort that has gone into the transition agreement. I am pleased that the end is going to be reached on 31st December 2020 rather than a later date (although this seems to have been an EU condition rather than a UK demand). I am also aware that shutting down a fictional media narrative of economic crisis by calming the nerves of household-name corporates could be a big strategic gain for Brexit.

But it really is time now to compel those corporates to pay their fair share of taxes and recruit and train locally whenever labour is available. And time too for ministers to tell the British public how they plan finally to honour their commitment to bring net immigration sharply down and to give our fishing fleet a chance to recover from the near evisceration it has suffered under the Common Fisheries Policy.

Brexit was, above all, a result of the yearning for community, of a stubborn belief in the higher obligations we have to our compatriots than to the citizens of other lands. A Breadhead’s Brexit, with no attached plan to share out the spoils more fairly across the regions and social classes, does not remotely capture that spirit. The corporate lobbyists may be calmed by the transition agreement but among the mass of Brexit supporters discontent is stirring afresh.