It’s time to toughen up the UK negotiating position: an open letter to David Davis 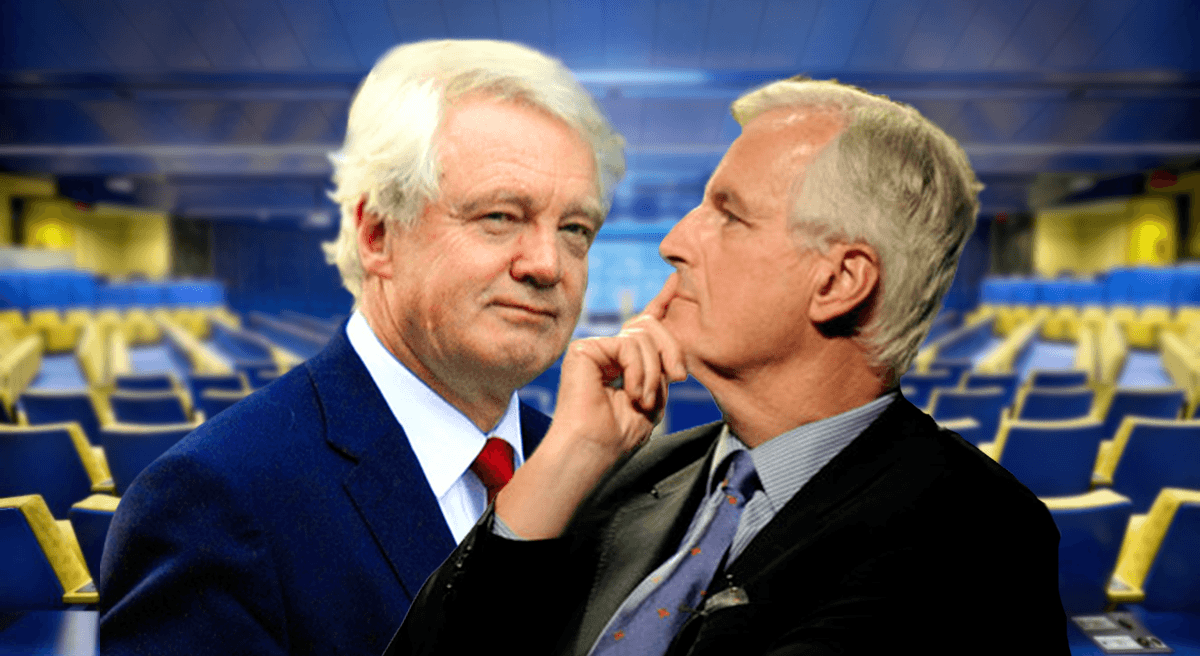 Victor Jones is a small business owner with a European client base.

I was a reluctant Leaver but everything that has happened since the referendum has confirmed to me that I was right to vote that way.

Since the negotiations started, it has become more and more apparent that the EU are not negotiating in good faith.

This is typified by their deliberate “divide and rule” tactics over the Irish border which are causing great turmoil in our internal politics – and this is exacerbated by their meetings with the likes of Sir Keir Starmer, Sir Nick Clegg etc which causes further angst and severely undermines the UK Government’s position. Michel Barnier must be laughing his head off.

Now we hear that on the one hand they want to kick us out of the continuing development of the Galileo programme but on the other they want us to continue paying into their overseas aid programmes – the hypocrisy is galling, but since the referendum I have come to expect nothing less from them.

I believe you made a huge mistake last year by agreeing to the EU’s timetable and order of precedence in the negotiations (I think you know this) but given we are where we are, it is now time to toughen up the UK’s position.

In my opinion the majority of us feel it is now time to crystallise the whole issue – as a Government you need to get your act together and put a comprehensive free trade offer on the table together with all the caveats already agreed regarding EU and UK citizens, plus an offer of a future reciprocal work permit and visa-free travel scheme, plus an offer of future contributions based on what elements of EU programmes we wish to stay in (including Erasmus, EATA, pension liabilities etc).

You should also claim the moral high ground by guaranteeing the status of UK-based EU nationals if there is no deal, irrespective of what they decide to do to our expats. This would be a major coup and put massive pressure on them to reciprocate, not least from the likes of Clegg, Verhofstadt and Starmer.

Once you have done this, you should make it clear we are perfectly happy to leave with no deal if we have to (which means no money for them after March 2019 of course) and you should give them a deadline of 30th September of this year to accept or decline the offer.

You should then walk away and let them argue it out amongst themselves. At the same time you should publicly instruct the civil service to prepare fully for a no-deal scenario, whilst leaving the current offer of the “implementation” period on the table so they can fulfil their current budget cycle, at the same time making it crystal clear this is conditional on their acceptance of our offer by our deadline.

This ultimatum will cause problems at home with howls of protest from Remoaners everywhere and no doubt there will be trouble in Parliament but you can weather those things. You could even use an old EU tactic and explain that you tried your best to get a deal but nothing further could be done so you left your best offer on the table and decided to let the other side decide if it is good enough for them.

In concluding, I would remind you that we are in a much stronger position than both the EU and the Remainers would have the world believe: we have a massive trade deficit with the EU (they need us at least as much as we need them in that regard) and more than ever they need our money to complete this budget cycle. You and your team need to stop the default subservience and start standing up for this country’s interests.