What the SNP manifesto says about Brexit 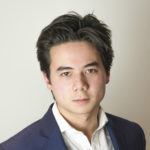 “The SNP believes that if Scotland chooses to become independent, we should be a member state of the EU.”

Nicola Sturgeon and the SNP were in Perth today to launch their manifesto for the general election with a clear pro-EU stance. There are three key planks to their Brexit policy: to fight for Scotland to remain in the single market, to hold a second independence referendum once the terms of Brexit are clear, and then to rejoin the EU if they win their independence referendum. Here, we take you through the details:

The SNP are here referring to their Brexit plan, published last December, which purported to offer a way in which Scotland could remain in the EU single market even if the rest of the UK were to leave, although it was greeted with much scepticism at the time. The claim that the SNP winning the election will grant them a mandate to demand a place for Scotland at the negotiating table is likely to be contentious, particularly if the SNP loses seats relative to the 2015 election.

This is the SNP’s demand for a second independence referendum once the terms of the Brexit deal are known, although it is presented in a much more low-key manner than many were expecting. The SNP state their view that Scotland should be a member of the EU if it becomes independent, but are distinctly vague on how this would be implemented.

With the collapse of Jolyon Maugham’s comical Irish High Court challenge to ascertain the reversibility of Article 50, Scotland would likely have to go through the full Article 49 accession process, like any other applicant member state to the EU, which would almost certainly not allow Scotland to keep the UK’s current opt-outs on issues like joining the euro. The SNP also fail to clarify at this time whether rejoining the EU would be subject to a further referendum in Scotland, or what other procedure might be used to determine whether Scotland reapplies for EU membership.

The issue of fisheries has proved to be a contentious one in Scotland so far in this general election campaign, with Nicola Sturgeon and Ruth Davidson trading accusations over the Common Fisheries Policy, the EU policy which has dealt much damage to Scottish fishing communities over the decades. Ultimately, the fact of the matter is that there is no legal provision for an EU member state to not be part of the Common Fisheries Policy, so the SNP’s pledge to support “Scottish control of Scottish fisheries” whilst rejoining the EU appears to be little more than wishful thinking.

Labour’s manifesto has already promised to implement the the SNP’s expressed wish for all powers being repatriated from Brussels to be devolved to Scotland in areas where the Scottish Parliament already has competence, while the Conservatives and Lib Dems have also indicated their desire to do so, albeit without making a commitment as firm as the “presumption of devolution” which Labour have pledged. However, the SNP’s calls for Scotland to gain powers in reserved areas and even “powers to conclude international agreements” go far beyond this, and would certainly exceed the constitutional bounds of Scotland’s current devolution settlement.

Typically, trade deals around the world (and indeed all international treaties) are negotiated and signed by governments, but must subsequently be approved by national parliaments for them to be ratified, and for them to take effect in domestic law. Hence, the UK Parliament will inevitably have a say on any future trade deals negotiated by the Government. The SNP is calling for the Scottish Parliament to also be called upon to formally ratify any trade deal, which could lead to repeats of the situation when the Wallonian regional assembly infamously held up the EU-Canada trade deal.

The UK Government is likely to argue that the Scottish Parliament does not need to have a say, as under the Sewel Convention, Holyrood’s approval is only sought when UK legislation affects devolved matters, and foreign relations are specifically excluded from the devolution settlements. A vote for the Scottish Parliament on the ‘Brexit Bill’ – presumably the Great Repeal Bill – is also likely to be a bone of contention between Bute House and Downing Street, as it could open the door to the SNP obstructing Brexit by holding the Bill up indefinitely in Holyrood. London is unlikely to want to concede on either of these points.

Workers’ rights and environmental protections make an appearance here as they do in all the other major parties’ manifestos. While the SNP have not put in misleading information on maternity rights in the way the Liberal Democrats did in their manifesto, it is worth remembering that UK law already grants far more extensive maternity rights than EU law does.

Of course, so-called ‘EU funding’ is simply UK taxpayers’ money in the first place, some of which is then channelled back to the UK via Brussels with strings attached. The Conservatives have pledged to use the ‘structural fund’ money which comes back to the UK from the EU to create a UK Shared Prosperity Fund to reduce inequalities across the four nations of the UK, although this will probably not be what the SNP has in mind. However, any long-term arrangement which resulted in Scotland receiving significantly more funding than under the current arrangements would likely be unpopular in the rest of the UK.

Like Labour and the Lib Dems, the SNP call for a unilateral guarantee of EU citizens’ rights in the UK, while offering nothing more than vague hopes that the EU does the same for UK citizens in the EU. The SNP reiterate their calls for Scottish immigration policy to be devolved to Scotland, while expressing their opposition to the Conservatives’ ‘Skills Immigration Charge’. EU citizens are currently able to vote in local and European elections, but the SNP have gone further in their manifesto, while also calling for the introduction of proportional representation in Westminster elections.

Pledges like these, including continued close cooperation with the EU in a wide range of areas including science research and student exchange programmes, are ones which the major parties are generally in broad agreement over, although the SNP has gone further on issues like EU energy markets.

Ultimately, it’s a manifesto designed to give the Scottish Government the opportunity to claim a mandate to take on Westminster at various points during the Brexit negotiations. However, what they can truly claim a mandate for is far from clear, particularly given that most Brexit issues are likely to fall under the sphere of reserved international matters. Moreover, the EU has made it clear that it is negotiating directly with the British Government. In any case, it’s hard to see the SNP dropping its core policy of a second independence referendum, whatever the outcome of Brexit may be.