The prospects for a US-UK trade deal are excellent, but Britain need not limit its horizons there 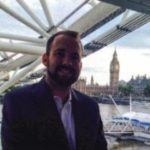 Ted Yarbrough is an attorney in Dallas, Texas, USA and co-founder and editor of the website dailyglobe.co.uk. Ted is a long time writer on British politics and wrote a thesis on Thatcherism while at university. He tweets @TedYarbrough1

Theresa May recently gave a brilliant speech on her belief that Britain can make globalisation work for everyone. The Prime Minister recognised Britain’s unique post-Brexit global role and opportunity to make liberalism and globalisation more compatible with ordinary people’s needs. She proposed reforming liberalism by emphasising free trade, curtailing immigration, and having government and business act in a way that helps recognise the untapped potential of people in communities suffering from the affects of the modern globalised economy – such as the American “rust belt” or much of Northern England. This speech is a fine blueprint for action but I would go further than the Prime Minister in three more concrete policy suggestions.

It is important that America not drift away from the world or worse, become a state hostile to much of the world. Though I traditionally support Republicans in American politics, I could not bring myself to support Donald Trump’s presidency due to his very nationalistic and hostile rhetoric and policy ideas as well as some of his very unsavoury supporters such as the white nationalist “alt-right.” However, Mr. Trump has now won the Presidency and it makes no sense to be hostile to him at such an early stage in his Presidency.

Furthermore, Mr. Trump and his Republican allies are very keen on being favourable to Britain in a trade deal and in their support of Brexit. As the joint press conference between Theresa May and Donald Trump confirmed yesterday, the US and the UK will aim for a closer free-trading relationship as soon as the Brexit timetable allows.

The UK should not only wish to enter into a free-trade agreement with the US, but to possibly enter a multi-nation expanded NAFTA that could also include Australia, New Zealand and Singapore, as examples. Free trade with America will not only serve to make the UK wealthier and leverage the exit “deal” with the EU, but serve as a catalyst to act as a good friend and adviser to America. As a close friend to America, the UK can encourage the US to act in a moral and fair way on the world stage.

Encouraging America to act in a fair and moral way does not mean attempting to manipulate them to preserve the global status quo. Though much of what Trump says is wrong, he does speak up for the correct notion that the US is “getting ripped off.” John Bolton, the former US ambassador to the UN, has rightly pointed out that European partners in NATO, (besides the UK), have failed to meet their military obligations to the alliance and has called on the US to modernise and expand the alliance to allies around the world, including Japan and Israel. If, in fact, the US does expel dead-weight European partners from NATO, or leaves the alliance to form a new one with friendly nations globally, the UK should stick with the US.

The Eurozone, frankly, is fast becoming an irrelevance and a basket case, and the US remains the world’s sole superpower. The UK must encourage the US to trade freely with the world and use their massive military power and clout to ensure world peace and stability. The worst situation for the world would be a Trump-Putin axis with the UK and most of the free world left alone and (comparatively) defenceless.

One fortunate thing for the UK is its enormous ties to the world due to the Commonwealth and its traditional connections with those 53 countries. With the Commonwealth, Great Britain has a unique forum to spread free trade and pluralism and “true” liberalism. The Commonwealth brings opportunities the EU never did, because it reaches people on all corners of the globe and can act as a true marketplace of trade and ideas without infringing on the sovereignty of the individual nation states.

A Commonwealth that trades and co-operates together could be a beacon of light to the whole world of how liberal but free nation states of all backgrounds can live and trade together in peace. The Commonwealth could also serve as a possible alliance and network of nations against terrorism or even if a global war should ever befall the world again.