We hold all the best cards so why isn’t the Government playing them? 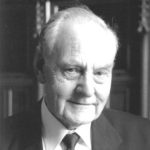 Written by
Lord Stoddart of Swindon

Lord Stoddart of Swindon was Labour MP for Swindon between 1970 and 1983 and served in the Labour Government between 1975 and 1977. He is a former Chairman of the Campaign for an Independent Britain, was ennobled in 1983 and now sits as an Independent Labour peer.

I was never in favour of joining the EEC. My first speech against joining was made in Woolhampton, Berkshire, in 1962. I understood that the Treaty of Rome was not about trade but about ‘ever closer union’, building a country called Europe. That’s why I voted against the European Communities Bill in 1972 and why I subsequently voted against every further treaty handing more and more powers to the EU in one or other house of Parliament. We have been lied to by governments of both major parties, first about joining the EEC and later about all the subsequent treaties.

The real issue at stake is ‘Who governs Britain?’ Is it an elected Parliament sitting at Westminster, through tried and tested institutions built over centuries, or an unelected bureaucracy sitting in a foreign capital? I know the answer to that and so did 17,410,742 people who voted in the referendum on 23rd June 2016, when they voted, by a majority, to Leave.

People were entitled to believe that that was it and that their Government would quickly implement their decision. However, it was not to be, and a horrified establishment has done its best to delay and sabotage the decision to Leave and has even set up an organisation to do so largely supported by foreigners – George Soros and others who do well out of the EU.

They have resuscitated Project Fear and have, by doing so, damaged our economy and undermined our negotiators’ efforts to get a good deal. They have also stood truth on its head and insulted Brexit supporters as stupid, nationalistic, racist and unpatriotic. Britain’s position has been damaged by the inordinate delay in negotiating a deal and by the attitude of supplication by the Government.

The truth is that the United Kingdom holds all the best cards but seems loath to play them. For a start, we are a great country, with a long history of success at home and abroad. Without our resistance to motley dictators, Europe as it now exists would be quite different. The arguments about Brexit are mainly about trade, but the reality is that the prize of Brexit is self-government.

But what about trade? In 2017, the UK exported £274 billion to the EU and imported £341 billion from the EU: a deficit of £67 billion. Since 1973 our total trade deficit with the EU is £408 billion. We have a trading surplus with the rest of the world, so it is clear that the EU countries will be the losers if the EU maintains its hostile attitude and the UK will do well trading through WTO rules and making its own trade deals with other countries.

Then there is the matter of financial contributions. Since we joined the EEC/EU we have made net contributions of £187 billion to its coffers and these contributions are on a rising trend. The rebate is under pressure and, without this, future contributions could be over £15 billion a year net. So, in sheer money terms, the EU is a big loser and the UK a big winner from Brexit, but there would be other benefits too because we would not be bound by EU regulations, many of which are absurd and do not suit this country.

So my message is this: outside the sclerotic, bureaucratic, corporate European Union, Britain will thrive and prosper and, together with a revived Commonwealth, be a great force for good in the world.