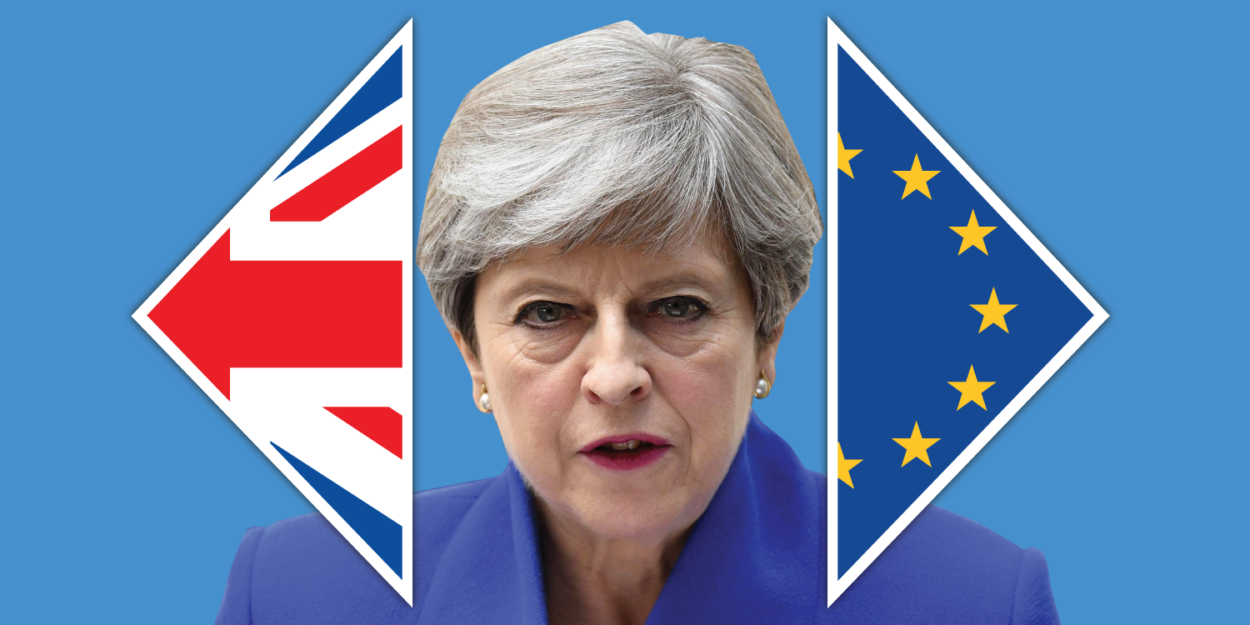 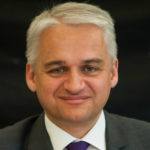 “There is this huge stuff about trust” (Alastair Campbell diary entry, July 2003).

Forgive me for starting an article about leaving the EU with a quote from arch-Remainer Alastair Campbell. The quote, as you will appreciate, is not even about Brexit but about the failure to find weapons of mass destruction after the toppling of Saddam Hussein. Campbell had an early inkling that the impact of this on his political master Tony Blair would not be short-term or easy to brush off. And boy, he was right.

I contrast that intuition with some recent Conservative reactions to the relatively good ratings of their party in opinion poll questions about who people would vote for, were there a general election tomorrow. The Tories have had their noses in front of Labour in most recent polls, despite Theresa May having, in my estimation, lost the trust and approval of a substantial section of the Brexit vote in the past couple of weeks.

A common reaction from Conservatives of my acquaintance has been, to paraphrase another Labour figure: “Crisis, what crisis? We are still in the lead.”

May I refer you all back to the opening quote from Mr Campbell. There is this huge stuff about trust. It might not manifest itself in responses to a pollster’s question in mid-2018 about whether people would prefer a Tory government or a Labour one led by Jeremy Corbyn. But it is there and it is growing.

Let’s be blunt about it, were the Conservatives under Mrs May to fail to deliver a Brexit that contains at least three-quarters of what Leave voters thought they were voting for, she is toast and the Conservative brand is going to be very badly damaged for a very long time as well.

The battle to get out of the EU and indeed to force the political class to hold the referendum of 2016 has been big politics, as central to our public life as was the decision to join the US invasion of Iraq. The then government’s own £9million circular to every household in the land promised that the result would be implemented and that this was a once-in-a-generation choice. Leaders on both sides of the referendum campaign were quite clear that a vote to Leave would mean leaving the Single Market and the Customs Union and ending free movement and the jurisdiction of the ECJ.

And you will not have forgotten that more people voted for these propositions than have ever voted for anything else in our national history.

So, to leave the EU next March and leap straight into a near two-year non-implementation period during which almost nothing changes is stretching the patience of the people on these very big issues. But to propose to follow that by entering a “backstop” arrangement with no end date and which envisages full customs and regulatory alignment and from which escape is only possible on the say so of the European Commission and the Irish government is a total non-starter. Should such a thing come to pass, it would cause widespread public outrage.

Let me take my Conservative friends on a little trip down memory lane to explain why this would be so toxic to their party’s reputation. First, let us recall that it was a Conservative administration under Edward Heath that took us into the forerunner of the EU and, quite outrageously, did so without a permissive referendum in advance. Next, recall that it was actually a Labour administration, under Harold Wilson, which then did hold a referendum in retrospect, albeit with campaign conditions that were heavily skewed in the direction of remaining in the EEC.

Next, let us recall that it was Tory Prime Ministers, Margaret Thatcher and John Major, who signed the Single European Act and Maastricht Treaty – both without asking the permission of the people in a referendum for the ensuing loss of sovereignty.

And more recently, it was a Conservative Prime Minister, David Cameron, who gave, in an article in The Sun newspaper, a “cast-iron guarantee” without qualification that he would deliver a referendum on the Lisbon Treaty when he took power. And it was that same David Cameron who broke that pledge. The same David Cameron had to be cajoled into offering an In/Out referendum on EU membership but then entered the referendum campaign by pledging both to trigger Article 50 the day after a vote to leave the EU and to stick around to negotiate the details of the departure. He broke both those pledges too. Huge stuff about trust, indeed.

Perhaps you will have gleaned that I am suggesting, none too gently, that when it comes to EU matters, the Conservative Party’s record in the eyes of eurosceptic voters was by no means unblemished, even before the political stewardship of Theresa May.

But let us now turn to that stewardship. Mrs May allowed her name to go forward to replace Mr Cameron knowing that implementing what the people had decided in the EU referendum was the central political task she would face. As a Remain campaigner, she was happy to take the job on that basis rather than leave the way clear for a Cabinet colleague who had actually believed in Brexit and campaigned for it.

Many Leavers – myself included – hoped that she would follow Norman Tebbit’s advice and write to the EU straight away telling it that the wishes of the British people were non-negotiable and that meant taking back control of money, laws and borders so farewell, and I hope we can still be friends.

The letter could have been quite short and sweet:

“I know you will regret this decision but democracy is paramount. I shall work on the assumption that because of your political upset you may find it too difficult to grant a deal for mutual frictionless trade, despite your giant trade surplus with us. My expectation will therefore be that Britain must be ready within a couple of years to trade with you on WTO terms and I shall commit substantial resources to ensuring this is the case. If, however, you do wish to conclude a free trade deal and to discuss a possible financial settlement payment from the UK upon our departure and any other matters that concern you then let me say, without prejudice, that I shall be more than happy to talk to you.”

Such an approach would, in the opinion of very many Leavers, have put Britain on a path where its leverage grew as investment in customs, immigration systems and new trade deals with sunrise economies were advanced while the EU was left to fret about a looming financial black hole and insecure trading relations with its biggest export market.

But Mrs May, the faint-hearted Remain campaigner, chose not to do this. Instead she allowed the EU to dictate the order of negotiations – commitments (UK climbdowns) on citizens, money and the Irish border first and only then would Brussels consider talking about trade. Ludicrously, they are still “considering” it after pocketing concession after concession.

On the border question, Mrs May incredibly signed up to an undertaking that not only would Britain not impose a hard border (fair enough) but also that Britain must do nothing that led the EU or the Republic of Ireland to conclude that they needed to impose one (ridiculous). And hardly any substantial preparations were made for a “no deal” departure. This was the genesis of the so-called customs “backstop”, a trap designed to turn the UK into a vassal state indefinitely.

And this isn’t the half of it. Mrs May said she was not going to call an election and then called one. And blew her majority. Despite Labour also running on a Brexit manifesto (no thanks to her), the loss of the Conservative majority and the fact that we now have a new parliament which, in constitutional theory, cannot have its hands bound by commitments made by the last parliament, has served massively to embolden what had been a fading Remainer operation. These were unforgivable errors by a Prime Minister who had a working majority and a four-year term stretching ahead when she entered Downing Street – plenty time enough to complete Brexit.

Dither and delay and retreat and never glad, confident morning again have replaced the euphoria of 24th June 2016 when the people had finally been allowed to vote and deliver the verdict on EU membership they had long been desperate to give (don’t like it, don’t want it).

There are two main reasons why the Conservative poll rating is not yet suffering as a result. The first is that Jeremy Corbyn’s Labour alternative is so extreme and unappetising. The second is that many Brexit voters are waiting to see the final terms of our departure before delivering their verdict.

This piece has, of course, dwelt on what might be termed “the case for the prosecution” as regards the Conservative Party and Europe. It is only fair to acknowledge there is some evidence for the defence: the refusal to sign up to the euro without a referendum (though I thank Sir James Goldsmith largely for that); the granting, albeit belatedly, of the In/Out referendum by Cameron (though I thank Nigel Farage largely for that); and the fact that several Cabinet ministers and more than 100 Tory MPs in the end had the gumption to campaign for Leave in the referendum itself.

But you try selling that message on the doorstep to Leave voters who may well now feel desperately let down by your party. I think you will find it very hard.

As a UKIP MEP for the East of England, I have spoken at many public meetings over the years. I am always struck by the chorus of hissing that greets the very mention of the name of Edward Heath in erstwhile fishing towns like Great Yarmouth and Lowestoft. People remember epic betrayals.

If Brexit negotiations continue on the same miserable course, the name of Theresa May and that of the Conservative Party too is heading for a similar fate. I am not equidistant between the Tory Party and Corbyn’s Labour: I would all day long back a sensible centre-Right political offer against Labour’s strident student Leftism. But this is now “huge stuff about trust”. And, my dear Tory friends, you are on a pathway to long-term reputational disaster and need to get off it fast.