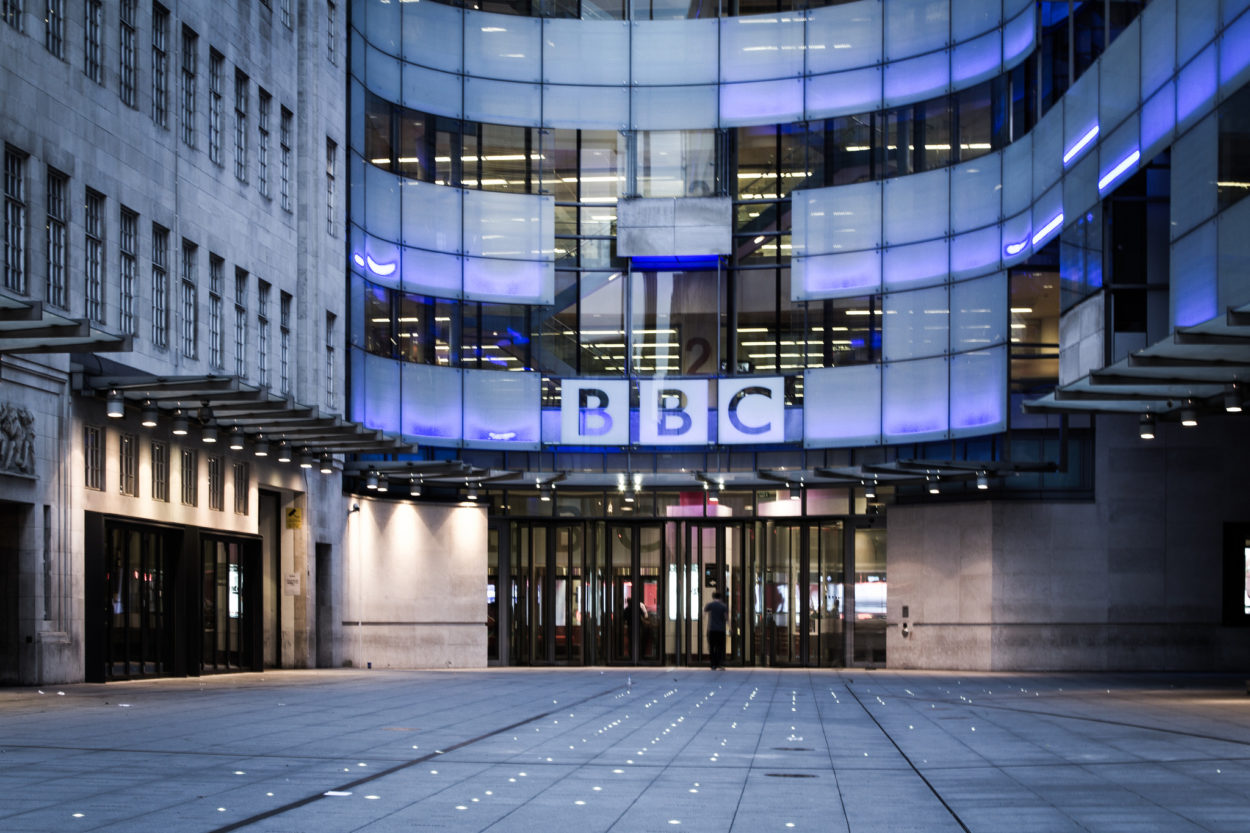 David Keighley is Managing Director of News-watch. He is a media consultant who has worked with media companies round the world, a former BBC producer and news and current affairs publicity officer, and was Director of Public Affairs at the Breakfast Television company TV-am.

The BBC’s blatant pro-EU partisanship in the Brexit domain is in clear breach of its Charter, and has reached crisis proportions. Could its influence be a factor in sabotaging the prospect of implementation of the 2016 Leave vote?

As the crucial point of departure looms, the Corporation airwaves are dominated by an unrelenting negative focus on the perceived ‘catastrophe’ of ‘no deal’ and a strong reluctance to cover the positives of Brexit, such as those outlined at the weekend on BrexitCentral by Professor Patrick Minford.

With its vast journalistic resources – which dwarf any other news operation in the UK – will the BBC investigate the claims about the civil service made by Professor Minford? Don’t hold your breath.

What can be done about this? Ofcom assumed responsibility for ensuring BBC impartiality when the Corporation’s new Charter came into effect two years ago. John Whittingdale – the Culture Secretary responsible for introducing the change – hoped that this would ensure a greater deal of accountability.

Ofcom’s latest ruling through its editorial standards unit suggests that his optimism was totally misplaced.  To explain why, it is first necessary to set the scene.

My organisation, News-watch, has been monitoring BBC EU-related output using rigorous academic methodology for 20 years. This Civitas paper chronicles an overview. Mostly, Corporation news chiefs have rejected its findings out of hand without further investigation, although editorial chiefs have also admitted that they do not have any transparent or verifiable mechanisms to monitor bias.

Three News-watch reports covering 50 hours of Brexit-related coverage on BBC Radio 4 compiled between the autumn of 2017 and early summer in 2018 highlighted vividly the BBC’s anti-Brexit bias.

The programmes surveyed were 24 editions of Today, the 6-part series Brexit: A Guide for the Perplexed, in which BBC ‘reality check’ correspondent Chris Morris aired his view of the complexities involved, and Britain at the Crossroads, a day of special programming about Brexit.

The findings included speaker ratios of as high as 5:1, and never less than 2:1, in favour of Remain or the EU perspective, as well as heavy correspondent and presenter bias in the same vein. The three reports can be found on the News-watch website here.

In line with the complaints procedure, News-watch submitted to the BBC each of the surveys and, predictably, they were rejected. On that basis, in May, Ofcom was contacted about an appeal. Eventually, they agreed, and at Ofcom’s request, News-watch submitted all their research evidence, including full transcripts of the monitored programmes, in August last year.

Six months later (more than twice the time it took News-watch to compile the surveys), the Ofcom verdict has been published.

Their verdict? Move along there, nothing to see. The regulator, which employs more than 1,000 staff, has not even bothered to engage in the details of the News-watch findings. They have been dismissed out of hand.

It is stated in its rejection letter:

“We have concluded that the complaint does not raise potentially substantive issues under the Broadcasting Code which warrant further investigation by Ofcom. Ofcom will not therefore be investigating the complaint further.”

Ofcom also deigned to publish an associated explanatory note. It covers eight pages or regulatory padding, but the core points can be boiled down to:

In other words, the contents board team, using the phrase ‘due impartiality’, has performed the regulatory equivalent of sleight of hand to vanish away the many issues of concern raised by the reports. What did they ignore?

In the Today survey, bias was evident in the almost complete absence of participation by ‘ordinary’ people who’d voted Leave, or of UKIP, the only political grouping with substantial electoral backing which supported without reservation the need for a decisive Brexit. Their opportunity to speak comprised just 76 words.

It was evident in the news bulletins. Thirteen items projected major problems in the Brexit arena (including plummeting registration of nurses from across the EU, a Brexit cost to every household of £500, the loss of thousands of jobs in the City of London and claims by Hillary Clinton that the Brexit vote was based on a ‘big lie’). Against this, none featured that was positive.

It was evident, too, in the selection of guests. Of the 199 speakers in Today’s EU coverage, 102 (51.3 per cent) were broadly pro-EU or were negative about Brexit, against just 54 speakers (27.1 per cent) who were positive, a ratio of 2:1. The remainder were neutral.

Outside the political parties in the House of Commons, only 16 supporters of Brexit or ‘anti’ the EU featured, against 52 from those opposed to Brexit or in favour of the EU – a ratio worse than 3:1 and in terms of the word counts, a ratio of 4:1.

The latter predicted a litany of woe and doom for the UK, including the intractable difficulties of reaching new free trade deals; collapsing farm incomes; exports hit by new red tape, tariffs, customs delays and rising prices; long-term decline; that the cost of dairy exports and imports could soar; and that Brexit was hitting car exports from the UK and so on.

This picture of negativity against Brexit was worsened by comments from BBC correspondents and presenters. Of course, the Government’s progress towards negotiations was not smooth, but the BBC’s editorial focus was disproportionately and relentlessly negative.

The other two reports deemed unfounded by Ofcom contained similarly disturbing pictures of bias. With regard to BBC impartiality, Ofcom has thus proved itself to be a toothless watchdog. The alarming fact now is that, other than through the launching of a judicial review of the complaints procedures, nothing can now be done to challenge the brick-wall deafness of the broadcasting establishment. Ofcom has made the BBC impervious to any complaints in the Brexit domain.