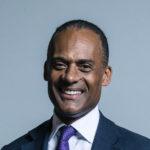 Adam Afriyie has been Conservative MP for Windsor since 2010 and serves as the Prime Minister’s Trade Envoy to Ghana and Guinea. He was formerly London Chairman of Business for Sterling and the ‘No to the Euro’ campaign.

As the Prime Minister’s Trade Envoy to Ghana and Guinea, I have often been asked the same question by Presidents, Trade Ministers, and businesses: “What are the opportunities for us now the UK is leaving the EU?”

Everyone recognises that free-flowing international trade is the best generator of jobs, wealth, health and opportunity known to mankind. With 90% of global economic growth predicted to come from outside the EU by 2050, I would have hoped that the immense opportunities of regaining the power to sign our own trade deals would now be a settled consensus.

So I do worry that some hardened Remainers are finding it hard to even accept the immense opportunities that exists for British businesses to trade with countries outside of the EU. I suspect that it comes down to a bleak, and mistaken, belief that Brexit should only be judged only in terms of its costs, rather than as a balance between cost and opportunity.

The financial geography of the world is undergoing a prolonged and dramatic change, which will see a new world landscape with a few decades from now. The economic transformation that has taken place in Africa and Asia since the 1970s shows no sign of slowing down and the centre of gravity of world trade continues to shift further away from the EU every year.

In 2017 the fastest growing economies were Bhutan, Ethiopia, Ghana, Cote d’Ivoire, and India. Uzbekistan, Myanmar and Tanzania are following close behind. It is crucial that we accept and adapt to these changes by using our new found powers to sign deals, lower tariffs and mutually recognise qualifications with the rapidly growing markets of the future.

So it come as no surprise that even those countries held up as models of a so-called ‘soft’ Brexit have never considered signing away their ability to conduct trade deals.  Switzerland, Norway and Iceland are all outside of the Customs Union. These countries, with their nimble and dynamic economies, have achieved remarkable success.

Switzerland and Iceland have already signed free-trade agreements with China: the second largest economy on Earth and likely to surpass the USA in the near future. And, the USA itself has signed 20 Free Trade Agreements, all with smaller economies than the UK, and has signalled serious interest in signing a similar agreement with the UK as soon as we are free to do so.

In fact, since the EU referendum, dozens of countries have signalled that they are keen to start negotiations with the UK for a free trade deal, including Brazil, South Korea, Japan, China, India, the USA, Australia, New Zealand and Canada.

I am particularly keen to see the UK make the most of our new-found powers to conduct trade negotiations with the rapidly rising economies of Africa.

Just consider for a moment the industries where the UK has a comparative advantage: Financial Technology, Agricultural Technology, the creative industries and financial, professional and legal services to name but a few. These are the kind of industries in which emerging economies are most likely to be demanding high-quality services and expertise.

There are unique opportunities to trade, support and mutually prosper with our friends and allies in Africa, where British goods and services have a reputation for quality and value and our companies have a reputation for dealing honestly and fairly. It was British steel that laid the foundations for the first railways in Africa; indeed I have a framed picture in my office of the (British-built) first steam train in Ghana, and I very much hope it will be British companies and expertise that lay the foundations for the future railways in Africa.

Regaining control of our ability to negotiate free trade agreements is not a choice: it is at the heart of respecting the referendum result. It is also the key to unlocking the door to a dynamic, outward-facing economy – the cost of locking ourselves into the Customs Union would grow with every year.

Only the naive would deny that leaving the EU Customs Union will require investment and determination to ensure that our ports are able to handle the EU customs checks post-Brexit. But is will be worth the effort and I have no doubt at all that Britain can rise to the challenge.

First, our existing customs system is already rated as being among the most efficient in the world by the World Bank. 98% of containers from outside the EU are cleared within four to five seconds. We start from an extremely good position.

Second, technology is constantly transforming the customs process to make it cheaper and easier to clear goods. Shipments can be electronically cleared ahead of reaching customs, with only 1% to 4% of imports actually being inspected in intelligence-led operations to minimise disruption.

Yet taking control of this particular area of policy goes beyond mere efficiency. It is the foundation of building a more open and outward-facing country, trading with the whole world rather than just Europe.

A failure to regain our power to sign free trade agreements would not only be tantamount to locking ourselves out of prosperous world markets, but it would also prevent us from being the outward-looking, internationalist and free-trading country which most of us Vote Leave supporters wanted to see.