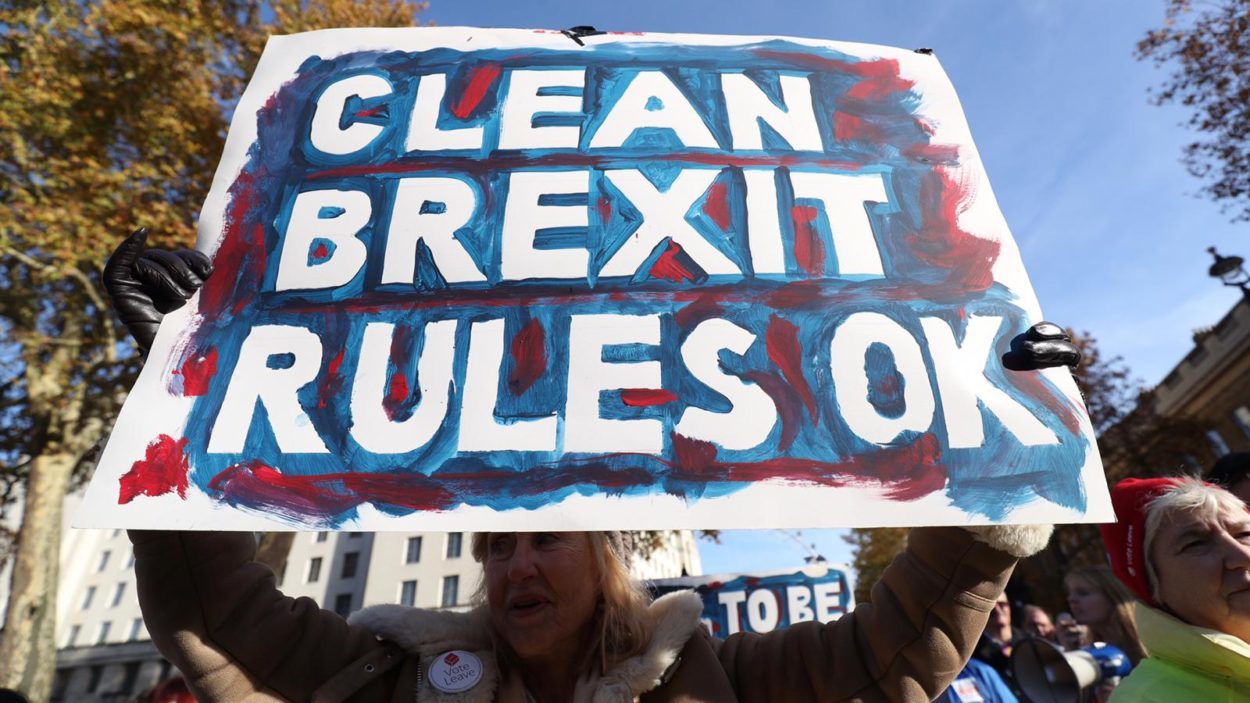 I have an apology. I got something wrong – well, partially wrong. I argued on this site on March 14th, after the second defeat of Theresa May’s Withdrawal Agreement, that the UK was bound to leave the EU on March 29th 2019 and that “At worst, we might see a short extension to prepare for ‘no deal’”.

I based my belief on what seemed a reasonable assumption that no Conservative Party leader would be as stubborn, unimaginative and self-destructive as Theresa May. I could not believe that any Conservative Prime Minister would go back on a solemn promise repeated over 100 times to leave and deliver on the referendum result. I could not conceive that a Conservative Prime Minister would seek to lead the party into certain defeat in a European election held after we were supposed to have left. Now, don’t get me wrong, being stubborn and unimaginative can achieve great things – but in this case the failure of the Prime Minister to ensure we left the European Union on March 29th has led the Conservative Party into an existential crisis.

However, what I did get right back in March was that the better part of the European Research Group and the DUP would not fold and that the Withdrawal Agreement was indeed dead. It is now stone cold. We are in a second and last ‘short’ extension until October 31st 2019 in which we should indeed prepare for No Deal.

The future direction of the UK’s EU exit policy is now subject to the Conservative leadership contest. In this context the publication yesterday of a key policy paper – A Clean Managed Brexit – by the influential Deputy Chairman of the ERG, Steve Baker, is particularly interesting.

The paper calls for a “Clean Managed Brexit” on October 31st 2019 and was supported by 14 senior pro-Brexit MPs spread across a number of the rival Tory leadership campaign teams. It therefore has both logic and political support behind it.

So what does it propose?

The key proposal that any aspiring Conservative leader should adopt is to make it the “unshakable policy of the Government to leave the EU by October 31st 2019”. This date is fortunately already set in EU and UK law. Given the deleterious effect the delays past March 29th have had on the Conservative Party, it is inconceivable that any serious Conservative leader could propose further delay. With the Brexit Party eating into the healthiest of Conservative majorities, MPs have got the message – there can be no delay.

That leads onto the method of departure and destination.

With only three months remaining for an incoming Prime Minister to prepare the country for departure, the paper accepts that the Government should now exit the EU without the negotiated draft Withdrawal Agreement. This makes sense for a number of reasons:

Instead of straying into the political minefield of reopening the Withdrawal Agreement and attempting to remove the UK-busting backstop, the paper proposes offering the EU a comprehensive Free Trade Agreement. The offer would include a new wide-ranging, zero-tariff, zero-quota free trade agreement of the kind offered by Donald Tusk in March last year. Baker proposes the UK takes the initiative and lays down its own text.

As a part of this and building on previous work, there should be indefinite alternative arrangements for the border around Northern Ireland: a WTO-compliant border, using currently-available administrative and technical procedures – but without any need for new technology. No new infrastructure or checks at the border will be required. Added to this, the UK should offer co-operation on defence and security, without prejudice to the primacy of NATO and unilaterally grant rights to the EU citizens in the UK.

While the aim is for free trade, the paper proposes planning for departure on WTO terms on October 31st 2019.

This leads to the future. The paper sets out how the UK should promote an ambitious free trade agenda: trade deals with the USA, accession to the Pacific rim TPPC to give access to Japan and Australia and a rollover of existing EU trade deals made on the UK’s behalf – while all the time using the UK’s new regulatory autonomy to promote a competitive pro-prosperity environment.

It is a pity the current Prime Minister wasted three years negotiating a plan to leave the EU that was never going to gain the support of her DUP Confidence and Supply partners, her party or Parliament. We have wasted three years and can waste no more. If trust in the UK’s political system is to be maintained, it is imperative that we now leave without further delay. To this end, Steve Baker’s paper sets out a practical and achievable route to leave and save the Conservative Party from potential extinction.

Is there an alternative?

When I predicted we would leave on March 29th, I based my prediction on a belief the Prime Minister would not actively set out to obstruct our departure. The next Prime Minister must therefore be committed to leave. If they are ,there is nothing Parliament or the EU can do to stop them.

Requesting further delays to re-negotiate the unnegotiable Withdrawal Agreement or seeking a longer transition to implement the harmful, fantastical Chequers end state is again a recipe for delay and obfuscation. We need a new Conservative leader sure and uncompromising in their desire to leave on October 31st – with a Clean Managed Brexit. We wait to see who will take up the challenge.