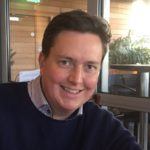 David Shiels is a Policy Analyst at Open Europe.

Is there an alternative to the Irish backstop?

Even before the Withdrawal Agreement was finalised last year this question has been central to the Brexit debate. The EU and the Irish Government have insisted on the backstop as a guarantee of maintaining an open border in Ireland. Although they have pledged to look at alternative arrangements and hope the backstop never has to be used, they still see it as the benchmark against which all other solutions must be measured.

The new Government under Boris Johnson has rejected this logic. In doing so, the Prime Minister has been accused of reneging on commitments made by his predecessor, causing great concern in Dublin and Brussels.

In recent weeks, the Government has outlined a possible compromise package, involving a mixture of alternative arrangements to the backstop as well as an all-island regulatory zone for agri-food purposes. While the Irish Taoiseach, Leo Varadkar, has said that “there is still a very wide gap” between the EU and the UK, the fact that talks are continuing is important. The Government is now expected to put forward written proposals after the Conservative Party conference.

Already there are signals coming from Brussels and other capitals that the proposals will fall short of what the EU expects. The EU has set a very high bar for alternative arrangements. They seem to expect the Government to agree to something like a Northern Ireland-only backstop, a solution which has been rejected by Johnson on numerous occasions.

Whatever form a solution takes, there is clearly more work to be done in addressing what Johnson describes as the ‘anti-democratic’ nature of the backstop. The Prime Minister now talks about the importance of securing the ‘consent’ of the people of Northern Ireland as the key to unlocking any deal.

Open Europe’s new report, Brexit and the Belfast (Good Friday) Agreement: Finding a way through the backstop impasse, looks at this issue in some detail. It recognises that the Irish Government – and Nationalists in Northern Ireland – have legitimate concerns about Brexit and the future of the border, but also that Unionists have a very strong case for objecting to the backstop. The question is not about whether the existing approach breaches the Agreement but about finding a way through the impasse. This is a political problem and one that requires an imaginative response from the EU and Ireland as well as the UK.

What is possible now is to offer a roadmap about how the decisions will be taken as the negotiations proceed. One way of doing so is to set out a clear role for the Northern Ireland Assembly when divergence becomes an issue. Any decisions about alternative arrangements should also involve the North-South Ministerial Council, one of the institutions established under the Good Friday Agreement. Already the UK and the EU have accepted that these institutions should be involved in the process, but this was merely a domestic political commitment on the part of the UK.

An enhanced Stormont Lock is not about giving the DUP ‘veto’ as the Irish Government fears, but about ensuring that decisions about the future of Northern Ireland are not imposed from the outside. It is also about respecting Northern Ireland’s status as part of the United Kingdom consistent with the consent principle in the Good Friday Agreement itself. The existing approach of the EU has overlooked this key point.

In the long term, it may be that divergence between Great Britain and the EU becomes so great that a hybrid model for Northern Ireland is not possible, and that it is forced to choose which regulatory regime it will follow. At that point it may be necessary to put the question to a referendum, as a very last resort.

But forcing people to make this decision now, at this stage in the Brexit process, would be problematic. The aim of all sides must be to find a solution that is acceptable to everyone, balancing the need for an open border with the concerns of the Unionist parties.

Would Ireland agree to such a package? Ultimately, the goodwill of the Irish Government is needed if the UK is to get a Brexit deal. The Nationalist parties in Northern Ireland also need to be reassured that the process would work for them. There is a risk that a Stormont Lock would simply put more strain on local politics, making a return to devolved government more difficult. That said, imposing a solution on Northern Ireland without addressing the consent mechanism would be inconsistent with the aim of getting the institutions up and running again.

In the end, an unratified Withdrawal Agreement offers no guarantees over the border question at all. Opting for a no-deal Brexit in the expectation that the UK will come back to the original backstop afterwards would not be a responsible route for the Irish Government to take.

If No Deal is to be avoided, there needs to be a compromise solution. This is not about Ireland backing down, but about finding a way to return to the principles of the Good Friday Agreement and restoring the bilateral relationship. It is about identifying a way forward that allows the parties in Northern Ireland to work together in the post-Brexit environment.