What the Queen’s Speech says about Brexit 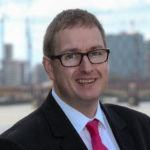 No fewer than eight Bills announced in today’s Queen’s Speech focus on Brexit and ensuring the legislative framework is in place for a smooth and orderly withdrawal from the European Union and reclamation from Brussels of a wide range of powers.

Here is a brief summary of those crucial pieces of legislation.

Repeal Bill
This is the absolutely fundamental piece of legislation which repeals the European Communities Act 1972 and ends the authority of EU law in the UK while converting existing EU law into British law on our withdrawal from the EU. This will ensure a smooth transition on the day that we leave the EU and allow the British Parliament (or devolved legislatures where appropriate) to make future changes to UK law.

Any MP claiming to accept the referendum result in which the British people voted in unprecedented numbers to leave the EU must vote for this bill if they are serious about enacting the will of the people.

The Bill will also:

The Bill will not put any constraints on any withdrawal agreement with the EU, with further legislation introduced if and when required to support any such agreement.

Given that the EU customs code currently applies directly in the UK, this Bill, to be steered through by Treasury ministers, will ensure that the UK has a stand-alone customs regime after Brexit and modify elements of the indirect tax system. It will allow flexibility to accommodate future trade agreements with the EU and other nations and allow for changes to be made to the UK’s VAT and excise regimes.

Alongside the replacement of the EU’s customs code (as per the above bill), this piece of legislation, to be steered through by ministers at the Department for International Trade, will put in place the essential legislative framework to allow the UK to operate its own independent trade policy post-Brexit, free to forge our own trade deals with nations across the globe.

On the repeal of the European Communities Act, new powers need to be established regarding the immigration status of nationals from the European Economic Area. This Bill crucially allows the Government to take back full control of immigration policy and be able to control the number of people coming to the UK from the EU by repealing EU laws on freedom of movement. It will also make the migration of EU nationals and their family members subject to relevant UK law post-Brexit.

With the UK no longer being subject to the Common Agricultural Policy after Brexit, this Bill will provide stability for British farmers by putting in place an effective system to support them and ensure the natural environment is protected.

Similarly, since the Common Fisheries Policy will no longer apply post-Brexit, this Bill will enable the UK once again to exercise responsibility for access to fisheries and management of our waters, setting our own quotas so as to preserve and increase fish stocks.

Nuclear Safeguards Bill
This Bill will give the Office for Nuclear Regulation powers to take on the required responsibilities to meet international obligations on safeguards and nuclear non-proliferation on our withdrawal from the EU and Euratom.

International Sanctions Bill
This Bill will establish a new sovereign UK framework to implement international sanctions on a multilateral or unilateral basis by returning decision-making powers on non-UN sanctions to the UK and enabling the UK’s continued compliance with international law after Brexit.