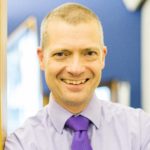 Graham Simpson has been Scottish Conservative MSP for Central Scotland since 2016 and campaigned for Brexit at the EU referendum.

In the last couple of weeks the business of the Scottish Parliament has been turned upside down to make way for the SNP’s ‘Continuity Bill’ on Brexit.

But in truth, it’s about anything but continuity. It’s a wrecking bill with two objectives: derailing Brexit and having a dry run for wildcat legislation to stage a second referendum on Scottish independence.

After SNP ministers announced their plans for the emergency legislation, Holyrood’s Presiding Officer told them – in no uncertain terms – that this was beyond the competency of the Scottish Parliament. Most responsible, grown-up governments would have accepted this ruling. But we need to remember that lying underneath everything the SNP does is an ulterior motive.

By testing the boundaries of not only Scottish Parliament rules, but potentially UK law, the SNP can set a precedent for an event it hopes will be just around the corner.

Theresa May made it clear that there will be no desire for the UK Government to approve a second independence referendum, mainly because the last one was just three years ago, delivered a decisive result and was the envy of the world when it comes to binding and legal procedure – which even the most moronic of nationalists cannot question.

But by bulldozing through rules and regulations this time, the SNP could argue that it’s all been done before when it wants to force an unwanted referendum to break up the rest of the UK. And by destabilising the Brexit process – no matter the impact for the wider UK – the SNP will fulfil its own raison d’être by making life difficult for the British government.

After all, if the SNP isn’t agitating for independence or tripping up other parts of the UK, it’s seemingly serving no purpose at all.

Away from the Scottish independence element, this is merely the latest Brexit-associated gaffe from the SNP. The ink had barely dried on the ballot papers after the referendum in June 2016 when Nicola Sturgeon announced she would use the Brexit vote to fight again for separation. In doing so, she ignored the one million people north of the border who voted to depart the European Union, many of whom were SNP supporters.

That mass alienation resulted in a general election humiliation a year later, where places like Banff and Buchan – whose communities have been blighted for years by EU diktats like the Common Fisheries Policy – elected Scottish Conservative MPs.

And now Nicola Sturgeon’s government is embarking on rushed legislation which is likely to land the SNP in the Supreme Court for the third time in two years – following previous attempts to introduce state guardians for every child in Scotland and the pursuit of alcohol minimum pricing, which both ended up in court.

The rushed nature of this will mean it’s the most chaotic bill ever to have travelled through the Scottish Parliament. There is no time to properly scrutinise it, and it was so ill-judged that the Scottish Conservatives were forced to table 147 amendments.

This is not what the people of Scotland want. Everyone accepts more people north of the border voted to remain in the EU than leave it, but now the focus has to be on delivering a Brexit that works for everyone.

Instead of whingeing about a so-called power grab, the SNP should be looking forward to the scores of powers coming the Scottish Parliament’s way. And how can the SNP talk of a power grab when its stated policy is for all of these levers and controls to remain in Brussels?

The SNP has been badly burned by Brexit once already. It would be well-advised to drop this ridiculous legislation, and get back round the table with the UK Government, in good faith, and make a success of these opportunities.

If it does not, its motives of independence at the cost of everything else will be truly exposed.