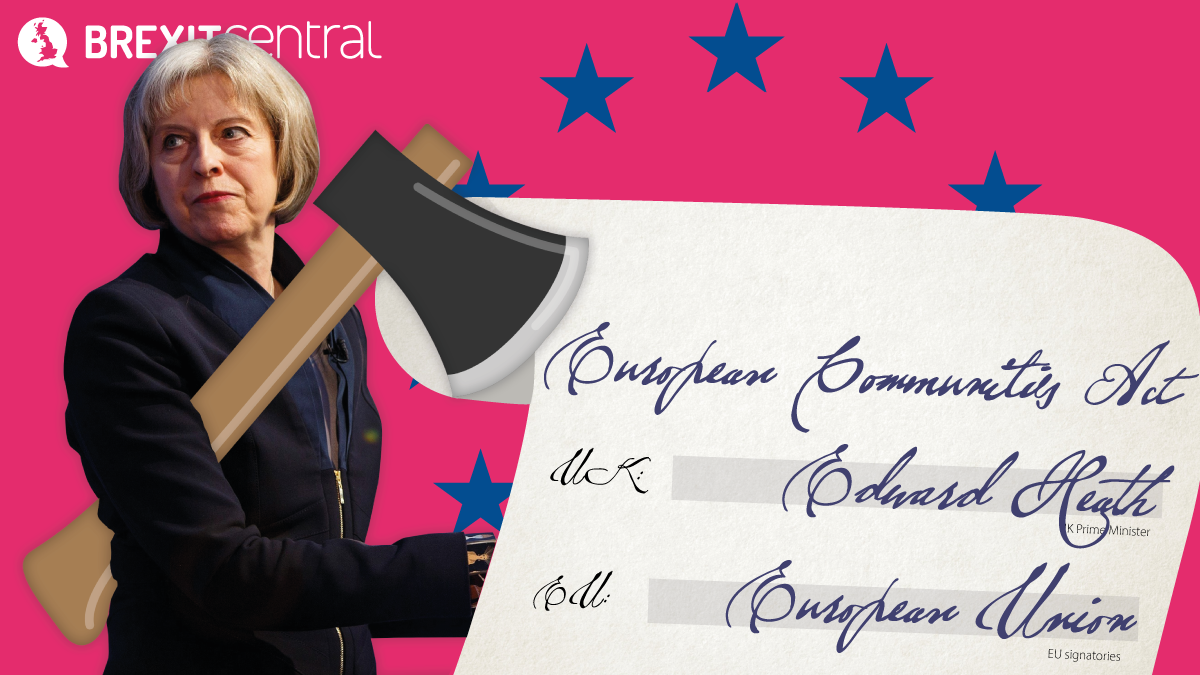 Today, one of the biggest threats to a successful implementation of Brexit has the potential to emerge, not from Brussels or Strasbourg, Luxembourg or Paris, but from just a mile down the road from Westminster, as Mishcon de Reya brings its case to the High Court aimed at blocking Prime Minister Theresa May from triggering Article 50 without the prior approval of Parliament.

The lead claimant in the case is fund manager Gina Miller, with Spanish hairdresser Dier dos Santos, a group of British expatriates living in France and various others also supporting the judicial review.

Legal action on European treaties is nothing new, although previously, the cases brought have been aimed at blocking the adoption of new European Treaties via Crown prerogative, rather than withdrawing from them altogether. Legal buffs will note the irony of Lord Pannick QC as counsel for the claimants in this case, having previously fought against the adoption of the Maastricht Treaty in R v Secretary of State for Foreign and Commonwealth Affairs ex parte Rees-Mogg [1993].

The Government has been successful in defending its right to exercise Crown prerogative with regard to negotiating and signing treaties in each previous case, and the main thrust of its defence in this case, published in advance following a court order, again centres on Crown prerogative. Indeed, the defence quotes from the judgement in Blackburn v Attorney General [1971], the original case challenging the Government’s power to sign the Treaty of Rome (through which the UK joined the EEC):

“The treaty-making power of this country rests not in the courts, but in the Crown; that is, Her Majesty acting upon the advice of her Ministers. When her Ministers negotiate and sign a treaty, even a treaty of such paramount importance as this proposed one, they act on behalf of the country as a whole. They exercise the prerogative of the Crown. Their action in so doing cannot be challenged or questioned in these courts.”

Although the Government, represented by a number of top lawyers including the Attorney General, Jeremy Wright QC MP, is still generally expected to win the case, some public law experts disagree. Professor Alison Young of Oxford University has said that “it is hard to see how the Government’s arguments can succeed”, and other lawyers have made detailed arguments against the Government triggering Article 50 without a Parliamentary vote.

Professor Mark Elliott of Cambridge University, also Legal Adviser to the House of Lords Select Committee on the Constitution, has opined that the triggering of Article 50 does not require Parliamentary approval, whilst subsequently offering a detailed critique of the Government’s defence as published last month. The next few days will reveal whether this defence is indeed strong enough.

Mishcon de Raya claim that their motives are simply to ensure legal certainty and that the result itself of the referendum is “not in doubt”. Miller also claims that it is about “process not politics”. Regardless of whether one takes these denials at face value or not, there is no question that, if successful, their claim could have extremely profound and potentially damaging implications, political or otherwise.

Parliament debated and voted on the legislation to hold a referendum, passing the European Union Referendum Act 2015 by a majority of six to one. Throughout the campaign, the Government was crystal clear that it would implement the result of the referendum, to the extent that a leaflet was infamously sent out at a cost of £9 million to ensure that every voter was informed of this. David Cameron was similarly unambiguous about Article 50, saying that the British people would “rightly expect” the process of leaving, as triggered by Article 50, to start “straight away”.

The democratic mandate for triggering Article 50 could not be clearer. That debate is over.

So it is extremely difficult to see what can possibly be gained from attempting to tie the process up in legal knots, unless, as many Leavers strongly suspect, this is little more than a Remainer rearguard action aimed at derailing the process of leaving the EU altogether.

The EU has repeatedly urged the UK to commence the process of leaving as swiftly as possible. Businesses are desperate for an end to the “uncertainty” over Brexit. Jeremy Corbyn even called for Article 50 to be triggered immediately on the morning after the vote. Theresa May has sensibly resisted calls for an immediate invoking of Article 50 until the Government has had time to assemble a negotiating team and strategy, but has confirmed that it will be triggered by the end of March next year.

The momentous constitutional implications of this case will no doubt be discussed at length in the High Court over the next few days. However, the practical effect of forcing a vote in Parliament, with a strong Remain majority in both Houses, will be to achieve little else than major disruption of the start of the negotiations, opening the door to disgruntled parliamentarians trying every trick in the book to delay Article 50 and risking it becoming a question of “if” rather than “when”.

This will serve only to heighten the economic “uncertainty” of which Remainers are perennially keen to warn about the dangers, to sap what little goodwill the EU’s leaders still have towards the UK in the negotiations, and to further alienate the voters who already feel totally disconnected from the political class in both Westminster and Brussels.

Moreover, to have the referendum result undermined on the grounds of legal technicalities, subjecting the clear will of the people to some obscure form of vetting process by the judiciary, risks demeaning the integrity of the largest democratic exercise conducted in the history of this country altogether.

The Government does not believe that this case “has legal merit”. For the sake of our democracy, we can only hope that the High Court agrees.