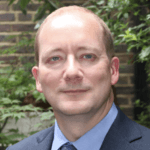 Julian Jessop is an independent economist and an Economics Fellow at the IEA. The opinions here are his own.

Even before Honda had a chance to say a single word, many pundits and politicians rushed to blame Brexit for the car company’s decision to close its Swindon factory. But when it finally came, the official statement failed to make any mention of the UK’s departure from the EU. Score one more for the genuine industry specialists and trade journalists who, in my view, have been covering these stories relatively well.

We’ve been here before. Nissan’s U-turn on building the X-Trail in Sunderland also had little to do with Brexit. Yes, Nissan did say that ‘the continued uncertainty around the UK’s future relationship with the EU is not helping companies like ours to plan for the future’, which is obviously true. But the company also stressed that its decision on the X-Trail was made for other ‘business reasons’, unrelated to Brexit.

In particular, the X-Trail is a large sport utility vehicle, predominantly run on diesel, which has been struggling to comply with new EU emissions targets. Given the deteriorating outlook for European demand, there was simply no longer a strong enough business case for producing this model here, or indeed anywhere else in the EU. Internal politics within the company may have played a part too. Nonetheless, Nissan is pressing ahead with its other investments in Sunderland, including the next-generation Juke and Qashqai, and its best-selling electric car, the LEAF.

These sorts of ‘business reasons’ also lie behind the planned closure of Honda’s Swindon factory. The company itself has said the move was ‘in response to the unprecedented changes in the global automotive industry. The significant challenges of electrification will see Honda revise its global manufacturing operations, and focus activity in regions where it expects to have high production volumes.’ That’s clear enough for me.

The sad reality is that the Swindon plant is operating well below capacity and has never fully recovered from the global recession. Indeed, the auto industry is in crisis across Europe. According to the latest IHS Markit PMI, output and new orders in the European autos and parts sector are now falling at their fastest rate for many years.

While Honda is obviously important to Swindon, Swindon is no longer important enough to Honda. The company’s growth markets are in Asia and the US, not Europe. To the extent that Honda’s decision is telling us anything important about Brexit, perhaps it’s that the UK should also be focusing on new opportunities in the rest of the world.

Some are still pointing to Honda’s earlier warnings that new trade barriers under a ‘no-deal’ scenario might cost it ‘tens of millions of pounds’. However, the company also stressed at the time that it was still ‘committed’ to the Swindon site – despite these concerns. In any event, Honda will continue producing at Swindon until 2022, so it is hard to argue that the uncertainty over what might happen in the next few months is a game-changer here.

The new EU-Japan trade deal might be more significant. This came into force at the start of this month and will gradually phase out EU tariffs on cars imported from Japan. At face value, this undermines the case for continuing to make cars in the UK for export to the remainder of the EU. However, the EU-Japan deal will not eliminate tariffs overnight, and Honda would have known it was coming for a long time. Brexit is only an issue here if there is a significant risk that the UK and EU fail to strike their own free trade agreement over the coming years. It would seem odd, or at least premature, for Honda to make that call now.

In addition, if the Swindon decision is about the new ability to exports cars to the EU from Japan tariff-free, remaining in the EU would not help the UK. Note that Honda is not moving elsewhere in the EU and is also ending production of the Civic at its plant in Turkey, with the longer-term future of operations there in doubt too. So much for the importance of remaining in a customs union with the EU, or producing on the doorstep of Europe.

The UK Government still deserves some flack here. Japanese companies rarely take these decisions lightly, especially when they might involve a loss of face or appear to let valued partners down. Brexit uncertainty is clearly holding back investment across the whole economy and this would not have been as big a problem if the negotiations with the EU had been handled better. But the closure of the Swindon plant was highly likely to happen anyway, regardless of Brexit. Honda itself has just confirmed that.