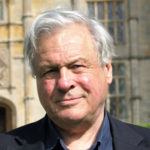 Tony Lane served as Head of International Trade Policy in the Department of Trade and Industry between 1984 and 1987, servicing the UK input to the EU’s external trade policy and managing the launch of the Uruguay Round. He later went on to head up the Department’s Industrial Policy side. On retirement, he worked as a consultant on trade policy to many governments in Europe and around the world.

The Government has rightly rejected staying in the European Single Market and Customs Union. This decision opens the way to a genuinely global trade policy for Britain, offering free trade agreements to all trading partners who wish – including, of course, the EU. That will be the Government’s aim in the Article 50 negotiations about to begin.

Given goodwill on both sides, such a negotiation could succeed quickly. The EU has free trade agreements with third countries across the world, and in Britain’s case the aim is simply to transit from one set of free trade arrangements to another.

However, most trade negotiations have the simple aim of maximising mutual interest, an aim for which mutual goodwill can usually be assumed. But as the Article 50 negotiations approach, European leaders have been proclaiming a very different aim. In their different ways, they are all saying the same: their aim is not trade for mutual benefit, but to make Britain suffer for leaving. We read: –

These are wrecking demands. So long as they remain the guiding spirit of one side of the negotiations, it would be illogical to expect a mutually acceptable outcome. This means that our Government must approach these negotiations expecting, in the end, to be reclaiming Britain’s rights under the World Trade Organisation. Those rights are very extensive: much wider than many commentators wish to recognise.

To begin with the downside, it would admittedly mean facing the European Common External Tariff. However, this can be accepted in practice, at an average of no more than 2-3%. Tariffs at this trivial level make little difference, which is why British exports have for some years been growing faster outside Europe than within it.

But Brussels cannot increase these tariffs just for Britain’s sake. The WTO has two great rules of equal treatment. First comes the Most Favoured Nation Principle, which compels Brussels and to treat all WTO members equally. After Brexit, Britain too will have this right to equal treatment.

What about non-tariff barriers (NTBs), such as laws setting technical and regulatory standards? It is too often forgotten that the WTO has tough rules on these too. It requires them to be non-discriminatory; it prohibits their use for protectionist purposes.

In particular, the WTO brings all regulations and other NTBs under the National Treatment Principle, its other great rule of equal treatment. All such measures must apply equally to imported products and domestic products alike. Naturally, European internal laws will apply to British European exports to Europe, but they must treat them equally with European domestic products.

Above all, the advantages of the WTO rules come without strings. They leave Britain free to develop its trade relations worldwide, while re-shaping its own internal laws to make its industries competitive.

Britain’s Government and business leaders need to recognise and prepare for this now. They need to focus their planning on developing trading relationships worldwide, in Europe and in other continents. They should be basing their planning on the equal treatment rules of the World Trade Organisation.