Exposed: the legal myths being promoted about the backstop and the Withdrawal Agreement 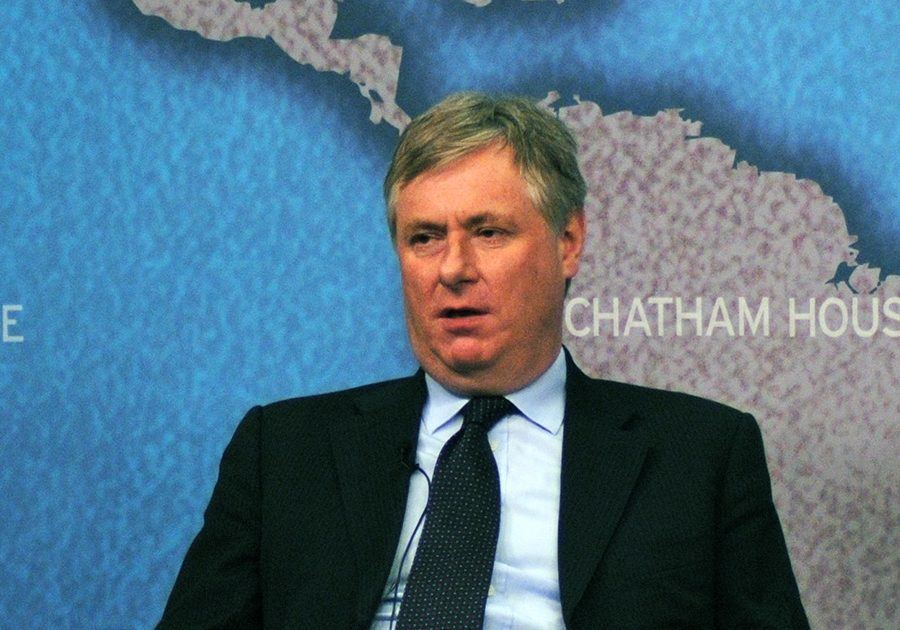 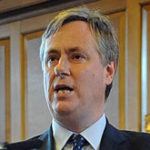 Martin Howe is a leading barrister in the fields of intellectual property and EU law. He was called to the bar in 1978 and became a QC in 1996. He is Chairman of Lawyers for Britain.

As the vote on Theresa May’s deal grows near, some people seem to be looking desperately for means of escape from the backstop Protocol – or worse still, persuading themselves that means of escape exist or can be invented which will prove to be a mirage.

The Attorney General’s advice to the Cabinet explained the position with stark clarity. If the UK ratifies the Withdrawal Agreement, we cannot prevent the backstop coming into force, nor escape from it once it is in force, except with the agreement of the EU – and if there is a breakdown in negotiations then it will “endure indefinitely” with no legal route of escape.

Despite the clarity of the advice, some Members of Parliament seem to be convincing themselves – or maybe are being convinced by others – that there could be other routes out of the backstop if only the right amendment is framed in Parliament. It is vital that Parliament should not vote based on a mistaken understanding or wishful thinking about the legal situation. So some of these ideas need to be examined very carefully.

We can get out of the backstop Protocol by arbitration

There is a clause in the Withdrawal Agreement which commits the UK and the EU to use “best endeavours” and “good faith” to agree a future trade treaty which would replace the backstop. 10 Downing Street were publicly arguing that this could be enforced against the EU by arbitration. Conservative Party Chairman Brandon Lewis described the “best endeavours” obligation as a “very high legal bar” in a teleconference call with Conservative Party activists.

But the Attorney General’s advice to Cabinet explains with great clarity why it is “highly unlikely” that the EU would conduct themselves in such a way as to be vulnerable to an adverse arbitration finding. The clause does not require the EU to set aside its own interests or propose terms which the UK would like or find acceptable; “all they would have to do to show good faith would be to consider the UK’s proposals, even if they ultimately rejected them. This could go on repeatedly without such conduct giving rise to bad faith or failure to use best endeavours”.

So the Government and Party machines have been pushing in public legal arguments which the Government’s internal advice reveals they know to be rubbish. It is regrettable that Theresa May’s desperate political struggle to sell her deal to a sceptical Parliament, Party and country has gone beyond the realms of normal political spin and exaggeration into the territory of relying on misrepresentation of the legal consequences of the deal.

Now that this illusion about good faith arbitration has been put to bed by the publication of the Attorney’s advice, it is worrying that credence is apparently being given to other mistaken legal perceptions.

An amendment to the Government’s motion has been tabled by Sir Edward Leigh. This “notes that the Vienna Convention on the Law of Treaties makes it absolutely clear that a sovereign state can abrogate any part of a treaty with an international body in case of a fundamental change of circumstances since the Treaty was agreed; notes that making the Northern Ireland backstop permanent would constitute such a fundamental change of circumstances; and therefore calls for an assurance from the Government that, if it becomes clear by the end of 2021 that the European Union will not agree to remove the Northern Ireland backstop, the United Kingdom will treat the indefinite continuation of the backstop as a fundamental change of circumstances and will accordingly give notice on 1 January 2022 to terminate the Withdrawal Treaty …”

The Attorney General’s advice (rightly) does not even mention this Vienna Convention argument as a possible route out of the deadlock, because it is a complete non-starter. It is a matter of puzzlement and considerable concern that Sir Edward Leigh and his colleagues have somehow been given the impression that a notice of termination could be given on this ground on 1 January 2022 as suggested by the text of their amendment.

Can there be a Parliamentary lock on the UK entering the backstop Protocol?

This suggestion arises from remarks by the Prime Minister on the BBC Today programme on 6th December, and the tabling of an amendment by Sir Hugo Swire and others which is billed as giving Parliament control over the coming into force of the backstop Protocol.

The wording of this amendment is long and involved, but the fundamental problem is that the United Kingdom under the treaty has no “lock” against the backstop coming into force. For international law purposes, Parliament is an organ of the United Kingdom and therefore cannot exercise any greater powers than are allocated to the UK under the treaty.

Confusion is caused on this point by the domestic law doctrine that Parliament can make or unmake any law, including in cases where that would cause the UK to be in breach of its international treaty obligations. But breaching international treaty obligations is a grave matter and it is therefore extremely doubtful if Parliament were given a theoretical right to block the Protocol that it would ever be exercised.

The amendment asks that Parliament be able to approve the commencement of the powers implementing the backstop. Parliament has that power anyway, since an Act of Parliament will be required to give effect to the Protocol inside the United Kingdom. In theory as a matter of UK law, Parliament could refuse to pass that Act. But if the backstop comes into force as a matter of international law, Parliament would have no choice but to legislate and to approve commencement of the powers, unless it were willing to put the UK into overt breach of its obligations under international law.

The amendment also calls for a legal duty on the UK Government “to have an agreed future relationship” or other replacement arrangements for the Protocol one year after it comes into force, and an assurance by the EU that “both parties intend to agree” by that date.

That is an assurance which the EU can easily give, and no doubt will give in a stage-managed and choreographed way, but which is completely meaningless in practice. Saying that they intend to agree does nothing to stop the EU from holding out for terms which are totally unacceptable to the UK, and blaming the failure to reach agreement on the UK’s intransigence in not submitting to their demands. Likewise, a legal duty on the UK Government to agree a future relationship by a certain date is completely meaningless, since it would only be possible to reach an agreement if the EU were to offer acceptable terms.

Unfortunately what this amendment contains is a mixture of legal nonsense in the form of meaningless or unenforceable legal duties and assurances, coupled it would appear with a good dose of wishful thinking or even self-delusion.

The UK has a ‘choice’ about whether to enter the backstop

The Prime Minister claimed in her interview on BBC Radio 4’s Today on 6th December that it was “not automatic” for the backstop to come into effect, and that the UK has a “choice”. This is only true in the sense that the backstop will indeed automatically come into effect, unless the EU is willing to do an acceptable deal with us before the end of the transition period, or unless the transition period is extended.

The limited element of “choice” which the UK has is whether to extend the transition period in order avoid the backstop coming into force for a time. That defers but does not solve the problem of the backstop automatically kicking in, at great cost in terms of money and greater cost in terms of keeping the UK under EU laws in a state of vassalage for a longer period. The UK would have no vote or veto on regulatory changes to EU rules which could cause severe damage to the UK financial services industry, and the risk of this kind of damaging regulatory attack against UK interests would go up and up the longer the transition period is extended.

Even the choice to extend the transition period is not unfettered. Under Article 132, a decision to extend the transition period is by the Joint Committee. This means that the EU and the UK must both agree to the extension within that Committee. Under Art.132(3) that decision must deal with a number of matters including establishing the amount of the UK’s contribution to the EU budget.

That is rather like having an “option” to buy a house which does not specify the price, allowing the seller to charge what it likes if the option is exercised. If the UK were for whatever reason desperate to extend the transition period and so defer (but not avoid) the backstop, the EU would have us completely over a barrel on the financial payments.

The UK now has a “choice” to avoid the backstop, by a very simple means. That is to reject Theresa May’s deal.

The Grieve amendment allows Parliament to take control of Brexit

It has been widely reported in the media that Dominic Grieve’s amendment would allow Parliament to take control of the negotiations with the EU after Theresa May’s deal is rejected, or even “stop Brexit”. This is not the case and these suggestions may be attempts to induce Brexit-supporting MPs to back the deal out of misplaced fears of what a Remain-dominated Parliament might do.

The amendment does not change any law. It simply waives a rule in the Standing Orders of the House of Commons which would prevent amendments being made to motions before the House when the Government reports its future intentions. But a resolution of the House of Commons does not, except where specified by statute or in very special circumstances, have any legal force. It cannot amend any law. It cannot direct the Government in the exercise of its foreign relations powers as a matter of law. Any effect it has in that context is political only.

Leaving on 29th March 2019 without a deal is the default course of action which is now hard-coded into the law. Any alternative route – whether a different deal with the EU, an extension of the Article 50 period, a referendum, or (most radically) a withdrawal of the Article 50 notice – would require the active cooperation of the Government in all cases, and in almost all eventualities the passage of a Bill through both Houses to Royal Assent between now and 29th March 2019.

Therefore Brexit-supporting MPs who do not think that this deal is in the national interest should not be deterred from voting against it by the Grieve amendment, or by implausible claims by the Prime Minister that rejection of her deal might lead to “no Brexit.”

Members of Parliament would be well advised not to accept any assertions about the legalities of the deal which emerge directly or indirectly from the government machine, without first obtaining independent legal advice.