Brexit has challenged the comfort and authority of the Establishment 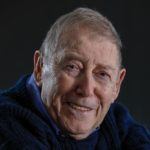 Austin Mitchell was Labour MP for Great Grimsby between 1977 and 2015.

I’ve always thought of the Establishment as a vague but useful description for the clusters at the top of the tree in politics and society: those who have the power to shape our ordinary lives rough hew them how we may; paternalist chaps and chappesses rather like the eighteenth century aristocracy, but a bit more meritocratic these days – the essence of Britishness.

Brexit has shown how wrong I was. It would challenge their comfort and authority, so the Establishment decided to try and stop the ignorant peasantry pulling us out. The Supreme Court abandoned impartiality and went into politics, Parliament used every dodge to stop Brexit, the Speaker fiddled the rules, the Royal Corps of Pundits condemned it, and the Treasury and the Bank of England exuded exaggerated fears. The whole gang sang the praises of the EU as a great venture in peace and internationalism rather than the failing protectionist bloc it really is.

So one-sided. The costs of membership are known, their fears totally hypothetical but they knew that any realistic assessment would have revealed that the EU is a racket run at Britain’s expense, a system bonding national elites together to ignore the people.

The EU was created to boost France and Germany by creating a protected market for their agriculture and industries. That doesn’t suit us because it cuts us off from cheaper food and cheaper manufactures, checks attempts to rebuild British production and turns us into Europe’s consumer of last resort to keep their economies growing.

That’s why they won’t talk about the scale of the drain. Its basic part is the £11 billion annual contribution which has risen inexorably despite Cameron’s promise to freeze it and has way to go. They scoffed at the £350 million a week claim on the Leave bus, but it should be higher. We pay more across across the exchanges and though they do graciously give us some of our money back, they take a big cut to cover their inflated costs and build marble palaces in Brussels.

It’s also the smallest part of the damage. Leaving out the cost of lost fish and processing from the Common Fisheries Policy, the Common Agricultural Policy costs some £15 per family per week, because we are compelled to buy dearer European food rather than the cheaper edibles available on world markets, particularly from developing countries which need the money.

Then there’s the trade deficit, now risen to £100 billion a year in visible trade, where we had a surplus with the EU before we went in. There is a surplus in invisibles but deficits in the visibles are lost jobs and profits and a loss of demand to keep the economy growing. That loss is greater than the figures because so many companies seize the opportunity of EU regulations to report their profits in Luxembourg or Dublin and evade British taxes.

Britain can no longer pay its way. Because it imports more than it produces it must borrow or sell assets to keep buying. This is a country for sale which means loss of control, loss of profits, loss of jobs and companies turning Britain into an exploited dependency, its companies managed for the interests of others.

We’re well on the way down the path. Continued membership of the EU will take us further. That’s the future the EU offers Britain. It hits the workers by immigration, job insecurity, static earnings and less investment. But it doesn’t disturb the comfort of the Establishment presiding over it. They’re still free to buy houses, farms, property and yachts overseas.