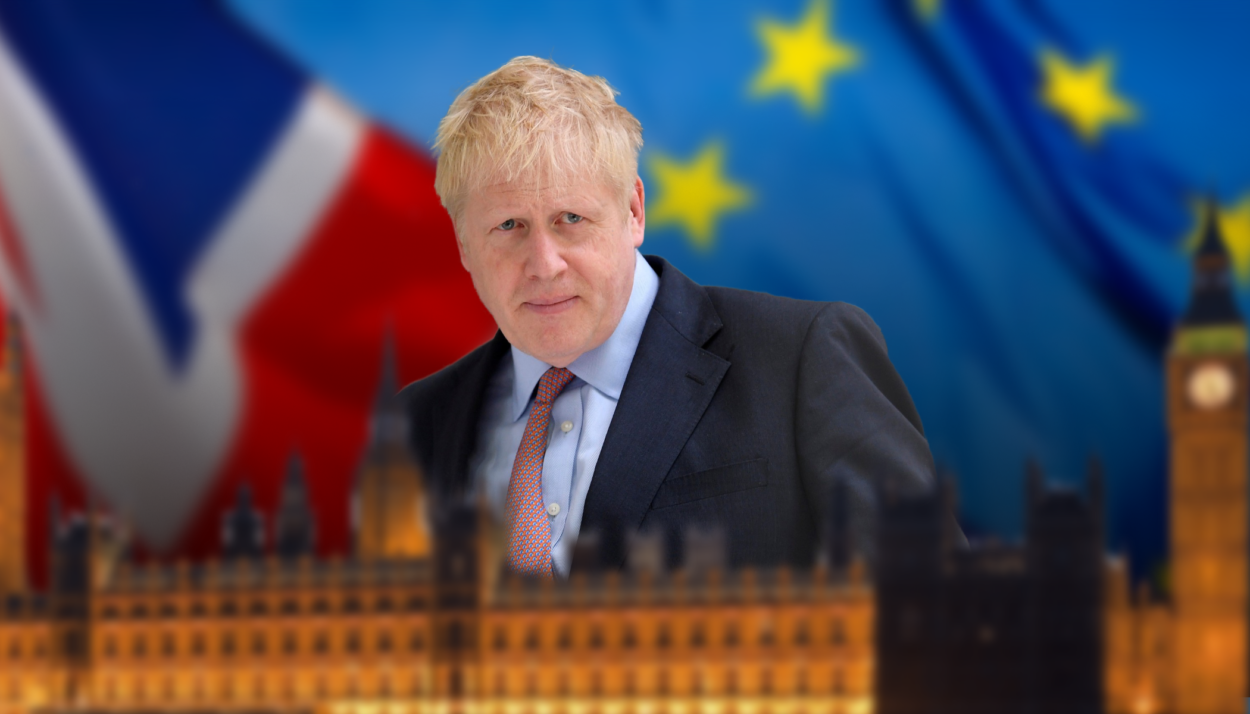 Let’s start with some recent history: the reason Boris Johnson is Prime Minister is because Theresa May’s draft Withdrawal Agreement and Political Declaration failed three times in Parliament. Its failure, combined with May’s inflexibility, led the 1922 Committee to be persuaded, by its former Chairmen among others, that the only way forwards for the Conservative Party was to change the rules to allow a leadership election and a new path to Brexit.

There is however another Boris Johnson. That alternative Boris voted for the Withdrawal Agreement and Political Declaration, presumably for reasons unconnected to its content. This Boris has spoken about the need to remove the backstop but has remained silent on the problems contained in the rest of the agreement. This Boris has surrounded himself with ministers who also voted for May’s deal and advisers, in the form of Dominic Cummings and his cult followers, who all advocated the deal in various blogs, WhatsApp groups and newspapers. These advisers presumably supported the Withdrawal Agreement for reasons more connected to their current and future roles (under a future Prime Minister?) than the contents of the deal.

This new Johnson Number 10 has now let it be known that MPs who do not vote for the/a deal will be thrown out of the party. No doubt internally this looks like a pleasing symmetry to balance those already thrown out from the other side of the party. To the outside, it looks like rank ingratitude to those who effectively put him in the job.

Given that reports of the death of May’s deal were clearly exaggerated, it is unfortunately necessary to look at it once again. It remains, as it always was, a vehicle designed to take the UK to the destination that Theresa May and her civil servants desired: Chequers, a vassal state, a UK highly-aligned with EU laws within a de facto Customs Union. This desired end-state underpins the entire document, making a surgical rewrite almost impossible.

A rewrite of the Withdrawal Agreement would be further complicated by the fact that the Political Declaration on a future trade agreement and partnership is intimately and legally linked to the text of the Withdrawal Agreement, indeed it was designed to “build and improve” on it. This all makes a rewrite complex and time-consuming – far more so than producing a new text built around free trade. Time is limited. However, if No. 10 wish to attempt micro-surgery, here are some essential amendments that go way beyond the backstop which would be required:

The reason that there are so many problems with the draft Withdrawal Agreement is that it is designed for a different purpose than the one now envisaged by the Government. Why have a transition based on total harmonisation if the end-state is no longer total harmonisation within a de facto Customs Union? Why agree a large financial payment as an inducement for access to EU policies if we are now asking for more autonomy based around free trade? These are all legacies of the May deal – designed around the backstop to keep us in the EU in all but name.

And this is only the Withdrawal Agreement, which never was supposed to be a trade agreement, yet this included many disadvantageous trade items – the ‘single customs territory’ in the backstop for one, as well as a one-way commitment to protecting EU geographical indicators and disadvantageous terms on fishing.

This is important to understand, as the duty is for the parties to deliver on this specific text, including a long list of undesirable commitments. There would be no duty for the EU to negotiate any other type of agreement and thus the £39 billion and transition would be wasted. The Political Declaration therefore needs a full rewrite. Again, if the Johnson No. 10 wish to avoid creating a new text, here are some of the specific problems with the current text:

What would be left of the current draft Withdrawal Agreement and Political Declaration?

If the UK is not to be a part of the Single Market parts of the draft Withdrawal Agreement designed to endure the integrity of the SM are no longer relevant. Provisions important in the context of high alignment (meanings defined by EU law) are and prescriptive provisions regarding state aid and penalties and ‘non regression’ are likewise redundant.

There could be new wording for a basic Free Trade Agreement to replace the transitional period linked to or replacing a new Political Declaration. This FTA could include: Zero tariffs, Mutual recognition of standards and Services.

In short, a small but substantial part of the draft Withdrawal Agreement could remain in close to its current form, while removing all the problematic commitments designed to take us to Chequers.

So which Boris will win?

Fortunately, we do not have to rely on the Boris of June winning over the No. 10 Boris of today. There are outside factors at play.

Firstly, the EU27 may not agree even small changes to the backstop until late in the day and there is no sign of a seismic change in parliamentary arithmetic necessary for No. 10 to achieve what Theresa May did – threats to the whip notwithstanding. There remain the protections contained in Section 13 of the European Union Withdrawal Act which require a full Act of Parliament to ratify any deal.

Secondly, any delay to the UK leaving or the resuscitation of the May deal would be a disaster for the Conservative Party at the hands of the Brexit Party. The Conservatives have already lost pro-Remain voters to the Liberal Democrats, it cannot afford the symmetry of losing pro-Leave votes. This fact will no doubt not be lost on the office holders in Downing Street. They may care little for the finer legal points of the agreements or have less than polite things to say about Northern Ireland but they do care about retaining their jobs into 2020 – which means winning a general election based largely on securing the support of former Leave voters.

Boris Johnson may have won the leadership, but he should remember he was on the losing side last time the deal was voted on. That tends to be fatal for Prime Ministers.